When Nintendo announced that they were working with Ingress creator, Niantic, on a mobile Pokemon game, people were excited but with a bit of apprehension. Not even a week into release, however, Nintendo`s stocks raised 25% and it has inspired countless videos and tutorials from big-time Pokemon fans and established video game outlets. Many people think that mobile apps are relatively easy things to make, however this app is an incredible bit of technology. 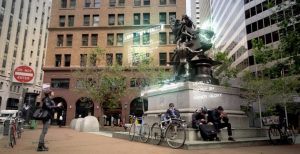 For those unaware, the main idea of Niantic`s first game Ingress was to visit well-known locations before your “opponent” and unlock secrets. The app uses Google Maps (Niantic was part of Google), the phone’s camera, and augmented reality to showcase a world where everything is not what it seems.  While praised for its technology, the app slowed down in popularity due to the repetitive notion of constantly visiting the same landmarks. 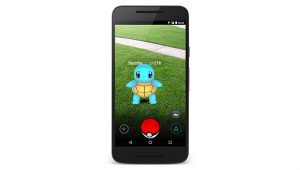 Pokemon Go takes the same ideas implemented in that first game and expands that concept dramatically. The idea of walking around is the same but instead of constantly walking to landmarks, the Pokemon can appear somewhat randomly while you walk. You literally look through your phone to see the world in front of you AND the Pokemon.  To be clear, you’re seeing the world through the camera lens on your cell phone.  The gameplay creates the augmentation by adding Pokemon right in front of where you are standing.

The app does have a sensor that tells you if Pokemon are close Using Google Maps, the Pokemon that appear will depend on where you are at using the location feature found on most smartphones (i.e water Pokemon near lakes, rivers). The notion of going to landmarks is still important but in terms of getting items and Poke balls for free. Once you choose to fight that Pokemon, that is where the technology really takes off. Using Augmented reality and your phone`s camera, you can see the Pokemon you are catching in the exact location where you are.

Of course it is not without issues and has created some safety concerns.  But the technology is fascinating and seems to encourage people to lead less sedentary lifestyles.  It seems one step away from wearing goggles or glasses to see the virtual world overlayed on top of the real one.